The part where I impress you:

I love French movies. Excuse, films.  I love French films.   I can sit through a horror flick in French and feel good about the world.

The part where I tell the truth:  As is the way of all people who do this and don't speak the language,  I forget I'm too lazy to have actually learned the language. By the time the film is over, I really do believe my French is flawless, even the Le deuxième forme du conditionnel passé. tense and I don't even know what the "second form of the past conditional" means for English, my mother tongue, believe it or not.

Now that you know my plu perfectly boring little secret, there was is this French film I've seen like...100 times. Seriously.  If I could get someone to only say things from this  movie, I could just quote lines back to them and they'd think I spoke French, but was insane.    The heroine, Manon, is a little.  Insane, that is and, by the end of the film,  she makes sure she has company. The film is Manon des Sources, a sequel to another equally cheery French movie, Jean de Florette.  See them if you like, but the point of this post is that carnations play an integral part in the plot of the sequel. I won't tell you how in case you decide to find and watch them and if you do, the sequel really only makes sense in the context of the first movie, excuse me, film,
but, this is about the carnations, the all too frequent victim/star of floral atrocities.  Geez but this flower is abused. 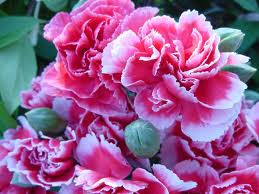 How does one turn something with this much potential:


Into something as horrible as this:

This flower has the soul of Degas' la petite danseuse and you people, with your floral dye are turning it into Talouse la Trec woman. Not that there's anything wrong with cross dressing, but personally,  I'm happier elsewhere.
Like here: 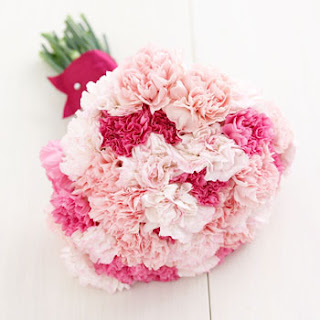 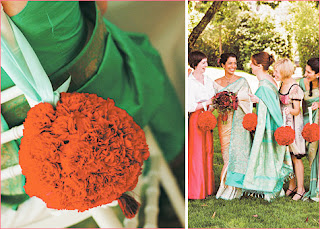 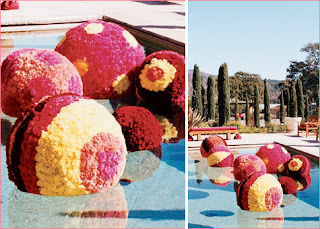 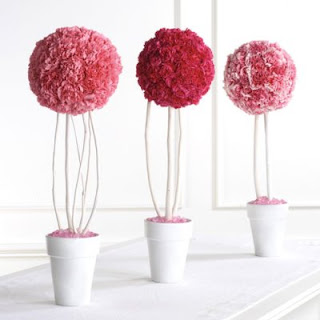 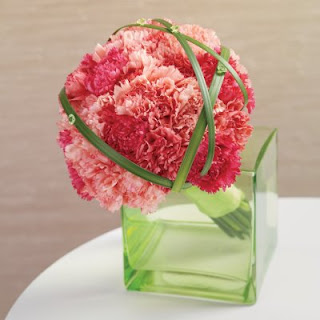 and if you simply have to dye the poor dears, maybe keep in mind,  more often than not, more is just more. 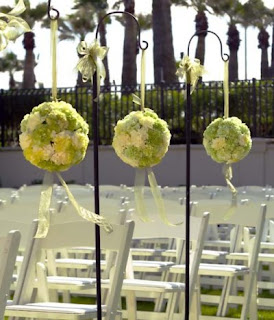 The images above are from the following websites:
Hostess Blog
Social Design Events
Manolo Brides
Unless they were hideous, in which case I choose to allow you to remain anonymous.
Posted by Tracy at 8:58 AM