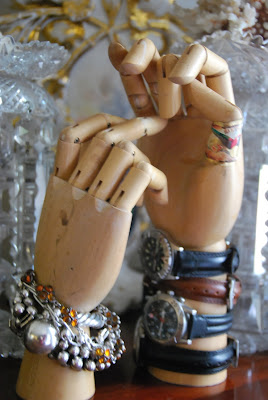 Years ago, I decided I wanted to change my life or I wanted to be without one, so I radically changed my life and stayed happily in the quiet peace of coming home to myself for a few years. While I don't regret the use of that time,  a shift occurred a year and a half ago. The last of my children left home.
They now fly. Sometimes they do so with wings confused by fear, how things look from the business below them,  by "can't" or "shouldn't", but the message of who they really are is getting through enough that they do fly and their bravery was enough to make me want to do the same so I decided to leave the quiet of the nest for wider breezier skies of something unknown, but more. A lot more.
I thought maybe the same sort of unflinching examination that changed my life once before could do it again, but this time with fun, and bliss as the only aim.  After all, I already had peace.
This blog began, unfocused, a twisting flight of my own in an unknown direction until I realized what I wanted to do with it, and where I wanted it to fly, but almost as soon as I did, blogger flat lined. Within days of a more focused pursuit of life change, a business, a project, a game of "let's upend what we think about our limitations, our problems." blogger stopped working..

I do not believe in coincidence. I believe in our "aft"-selves who stir up the breezes of time and if we're attentive, we know it's time to fly.  This is the perfect moment to move from blogger to a self hosted website.

Why not?
I hope you'll join me.
Why not?

The link to and a blog button for the new website,
http://cookedheads.com/blog

Broken hearts and Moving on

Allen Bentley did it first, and yes, that's his real name.  He dumped me for my best friend who he then married and my non-Buddha mind says, they may both bite me.   I'm only serious in small measure. I don't actually care any more because I would not be who I am if every single thing in my life to this point had happened, and that is the case for all of us.  We are the cumulative effect of our triumphs and our heart breaks, and still we're pretty awesome if we let ourselves see it.
Last week, blogger broke my heart.  It apologized and sent me flowers, has been calling for days but I'm standing firm.
You guys though, are like bloggers family. I love bloggers family, but blogger and I have parted ways.  At some point blogger and I may sit down and have coffee, maybe even laugh about it all, but now, it's in the poo pile with Allen Bentley, and the Dodgers.     I'm okay. I'm healing. All the crying is over and done. I've even met what is rapidly becoming a sexy new object of my affections.  We've seen each other a few times, and I think there's potential for a deeper relationship.

Wild strawberry has 35,000 genesIn a study published in the journal Nature Genetics several Sundays ago, Dan Sargent and an international team of researchers found that the wild strawberry genome has around 35,000 genes, about one and a half times the number that humans have, and most of these will also be in cultivated varieties, they said.  The bad news is that you're only 75% more interesting than a piece of fruit.

The good news is, this suggests you're very compatible with champagne... 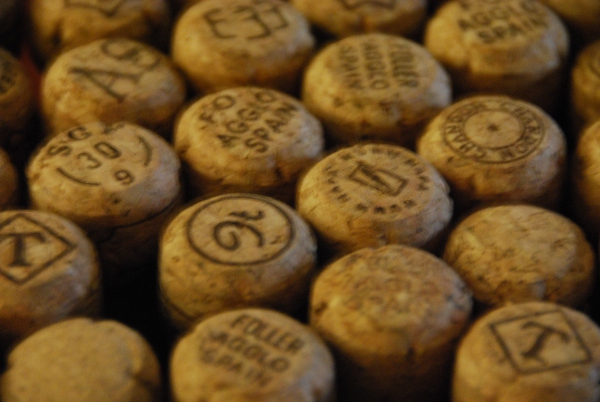 Before blogger ate the last post of cookedheads and the work of anyone else doing anything else on a given Blogger Wednesday, I'd written about alchemy, game tokens,and about how we're going to play this reality manipulation game, this treasure hunt for the good stuff using the irritating stuff to find our way. I also made the point that the premise of the game is that the game tokens are the "irritating stuff".

Well, hellfire, we can all win this game, because we certainly have the means.  If there's no irritating stuff in your life and no where and nothing you'd love to be, then you don't need our game and I for one am seriously hoping you'll help the rest of us get there a.s.a.p.

Then blogger defibbed.  I consider that a "irritating stuff" only because it meant I had been given an opportunity to change courses or to wait for someone else to fix a problem.  Don't wait for someone else to fix the problem.  They probably will, but that's not the point.  The point is that the problem is a clue.  In my case, the clue was, "Stop being lazy and go set up your damn website, geek goddess."

I'm using this game token of irritation, this ugly I do not want,  to do what I've wanted to do for too long.   I'll continue to post here for a bit longer, because it's so homey, and familiar and you are all so joyful a part of my life that I don't want anyone to feel annoyed and stop playing.  However, if you do feel annoyed, it might be a game token...

Email ThisBlogThis!Share to TwitterShare to FacebookShare to Pinterest
Labels: khymos

The truth is, my life is rather good and I don't really feel any more as if there is anything lacking, even if at the end of it, I won't have made many remarkable moments.  That's fine.  A lot of the accomplishment has been internal, where it was most needed, and I have quite seriously, for months/years? thought my only need was to enjoy the end result, but now it's time to turn it all inside out, to share.  Like any other thing offered, there is a certain expectation that the offer might be declined.  That's more than fine, but in order to make a point, I've decided to seriously want something, or better said, to act with intention in the direction of a major shift of life circumstances.

That is the game and my hope is other's will play along.  Regardless, I am going to play. It is a game of what if, but the way I look at it, and hope you will is, "Why not? The worst that can happen is a few things get more fun and I'm still where I am." The best is ".....", speechless dead air brought on by the shock of how well this worked.

The object of the game is to make a desired but seemingly impossible change and all you need to play it is one very annoying thing that keeps coming back into your life despite all your efforts to rid yourself of it.  That is your game token, the juice you'll need to play.

If this all sounds rather new age, weird, flaky "law of attraction"-esque, it might be, I suppose, but that's not the basis on which the game is founded.  I like all that stuff, but it seems too abstract for me versus, say, quantum mechanics, thus, the basis for this game is Einstein's general theory of relativity.

Einstein showed us that, if we use things like time and space to define reality, we have to accept that reality is quite flexible.  This, coupled with my strong belief based on personal, empirical data, that the Universe is Benevolent, provide the basis for the game I would like to play with you all because it makes use of this fundamental law of physics in the macro as well as the more esoteric attributes of quantum mechanics.  If you have the time and the inclination to view reality with a new frame of reference, I suggest you read "The Dancing Wu Li Masters: An Overview of the New Physics

." by Gary Zukav", but it's not required to play.
If you would like to play, start looking around in your life over the next few days for the thing, the baaaaaad annoying, persistently and apparently pernicious thing in your life.  I'll tell you about my first game token tomorrow.

Email ThisBlogThis!Share to TwitterShare to FacebookShare to Pinterest
Labels: khymos

Eyes watering from sunscreen made to defy age (and cancer, yeah yeah, whatever) , frustrated with my latest and last copy of Vogue, I almost stooped to quotes, not that there's shame in such stooping, because I frequently stoop, but to quote, Oscar Wilde, "be yourself, everyone else is already taken."   To my regret, being myself requires that I be 47, unless someones's fixed that and if you have, hook a sister up.
This as yet unchanged state has resulted in my frustration with Vogue specifically and fashion in general. No where in my last copy of Vogue is there anything wearable for a woman my age, with my banker, and my battle scars. That's why this is my last copy.  I have others, April, May for example but they're still in the plastic so I don't count them.
Shopping should be more fun now that I have more money than I did when I was 17, but either the market is geared towards the two extremes of  too low cut, too short on one end, and matronly on the other or navigating one's 47 year old way through the mall it is a secret, possibly dark, art I've yet to learn.
Maybe Businessville is starting a magazine/repository of information particularly for a woman in and around her jubilee year who isn't willing to go out in a mumu, and is equally unwilling to show her wootwoot in a skirt too short to facilitate the elegant exiting of vehicles.  How does one go about doing that sort of thing? The magazine thing, not the exit sans wootwoot waggle.
Somethings I do not want to have to know.
Posted by Tracy at 7:21 AM 21 comments

Email ThisBlogThis!Share to TwitterShare to FacebookShare to Pinterest
Labels: packaging

A Central Time Zone work day, lunch stop.. and because I miss you All.  Truly, weird, but truly.
What I'm listening to, with no message, just a chorus that makes me want to harmonize in tandem to a melody that trails so soft, and speaks to how we cling so hard.
Posted by Tracy at 10:26 AM 7 comments

Email ThisBlogThis!Share to TwitterShare to FacebookShare to Pinterest
Labels: listening
Older Posts Home
Subscribe to: Posts (Atom)
A poem, "Cooked Heads" was the inspiration for this place. There is a line within it that says, "Heros do not stay lined up in ranks very long." Cookheads the blog has broken rank and moved in the direction of something heroic. What that will be is for us to discover together. Below is the link to that path.
Much Love,
Tracy