Fever in the morning, fever all through the night. Fevah!

In the early years of my career in IT, I knew this guy, Unix geek, first name Rusty.  I think he was too young to have been in the Vietnam war, but maybe not by much.  What I do know is that he was overly fond of camouflage as a fashion choice, drove a jeep that looked like it was used in the Vietnam War, and where the rest of us geeks kept photos of our families, our vacation spots or our pets, Rusty kept photos of his guns  even though he had kids, went on vacation and had pets. I could make this stuff up, but I'm not. 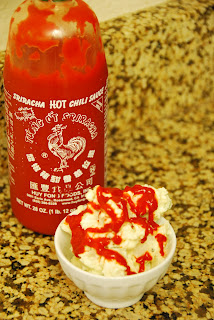 One Monday,  I was in Claustrophobia Central, "the dungeon", a small room with a low hung ceiling where the hardware grunts worked, tucked into a nest of  tightly packed cubicles.  After the pleasantries and professional agenda were dispensed with, Rusty brought out the pictures of his new 50mm toy. He'd been to a gun show that weekend.
For those of you without an NRA membership, a 50mm casing is large enough to pierce a row of tanks. I may exaggerate, but I know he wasn't using it to shoot cans off the fence. Oil drums, those long silver tubes used to haul milk on the back of sixteen wheelers, maybe. Cans?  I doubt it.
It was at this point I began to wonder if I'd ever done anything that  annoyed Rusty and decided to make sure I warned him if I ever found myself approaching him from behind.
"Geek girl, walkin'."
or
"I wonder if that nice man Rusty is busy."
or
"I sure do like that Rusty. He is a real peach."
etc.
It was also in those few moments of sharing that I first saw a bottle of something bright red with a neon green cap on it. Sirachi.  Rusty has been redeemed, if not understood. How can you not like a guy that teaches you about Unix and sirachi?  (And I don't work there any more...though he could find me.)

I sure do like that Rusty. He is a real peach.


Anyway, this stuff is ketchup for masochists.  It's hot, sweet and irresistible. ( Hey, it's me in my rich fantasy life! Ack. .)  It will also blast a hole through your intestinal tract. (Closer to the reality of my fantasy life.) You've been warned.   Souls and soul food come in all colors, some of them brighter and hotter than others.
Posted by Tracy at 7:23 AM