My  tastings have matured into a few times, sometimes one “times” a month affairs where finesse is the dominant tool of tasting rather than a funnel.  Wouldn’t it be great if I could tell you how mature my tastes have become?  I’d be lying.  The Party left the building and cheap wine isn’t enough to hold my interest.
Something advertised as “Twelve Champagnes of Christmas” did, but as far as I'm concerned this sort of thing could be the "Twelve Champagnes of a Randomly Chosen Tuesday." This was a tasting of..anyone?  anyone? Yes a twelve champagne tasting hosted by a little treasure covey of oenophiles and other people with vices, HiTimes.  Go there. Tell them I sent you.  Watch them look at you like they have no clue who you I am.   No matter.  Tasting a dozen champagnes, the French kind, factually speaking, the only kind, infused me with self-importance.  Then again, maybe it was the bubbles (alert: pretentious insertion of a langue I do not speak ) et j’adore les bulles. 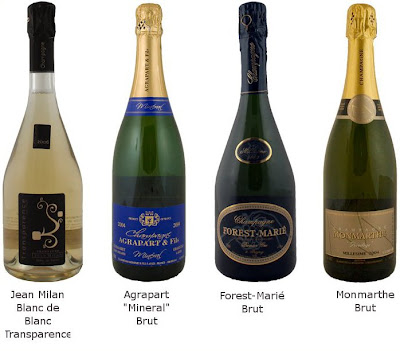 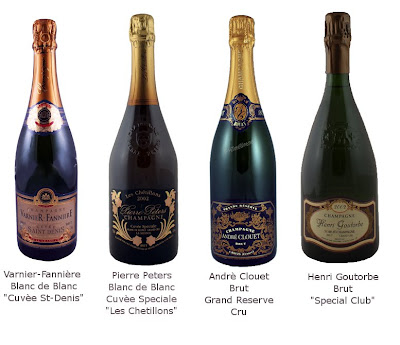 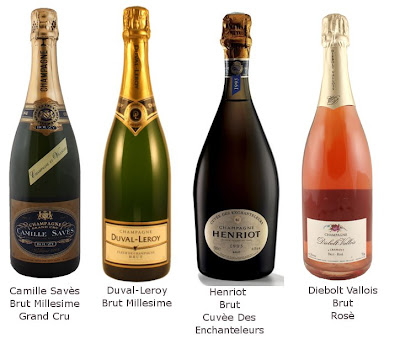 I wanted to pour out the $159.00 pour after the second taste. My palate isn't there yet.
No. 9 and No. 10 were my favorite.
If you want to know more, thanks to the people at HiTimes,
From: Top
To: Bottom
From Left
To: Right