to my chest and closed my eyes when I read Astrid's reaction the first time she heard Billie Holiday sing
"She had her own way with the words. played with them in her mouth like cherry chocolates."
I thove Billie Holiday's voice, because this is exactly how she sounds.  The first time I remember a sentence having such an effect on me was when I read that one and I've wanted to write ever since.  I aspire to be a writer who writes sentences that stop readers in their tracks, but I don't think it will ever happen, at least not in a profoundly moved way.  Incredulous? Perhaps. Moved? I really doubt it.  For starters, if I can't think of a good word, I'll make one up as needed instead of taking the time to write that sort of sentence.

Ex. no1
I diswant, as in, "I don't diswant pizza."  A sentence I used to answer when my husband asked me if I wanted pizza.  Diswant. no, I don't "want"/crave it, but I'm not opposed to it either.  Makes no sense but it worked. And I was even sober.  I was sober when I made up the word fronthunkus too
Ex. no2
Fronthunkus. As opposed to bohunkus.. Iit’s the part I want Banshee to put on the ground when she just sits rather than lies down as commanded.  “Lie down.”  She sits.  “No, I said lie down.”   I lean a little lower, “Girl, lie your fronthunkus down.” Stern voice… she does.
Ex. no3
Thove.. thing love   “I thove Billie Holiday's voice. “   we only have the one word for love and I definitely do not love Billie Holiday's voice the way I love my people. 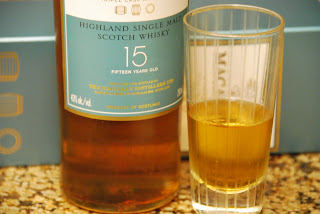 I wonder what a 15 year old single malt will do for my vocabulary? I think I shall drink myself thesaurial. I aspire.
Posted by Tracy at 4:51 PM

Email ThisBlogThis!Share to TwitterShare to FacebookShare to Pinterest
Labels: fire