One of the first few purchases I made on my Kindle was for a subscription to a newsletter/blog entitled, Mindfulness and Psychotherapy. The last post mentioned re-labeling as a way to loosen stubborn brain barnacles , and I thought why not use the same notion for the momentary endorphin highs I get from pulling a chair up to the fridge, so to speak. I'm happy to say I've never actually done that, though I have taken a spoon to the fridge and I feel pretty safe saying the refrigerator is not the appropriate single serving dish for banana pudding. Obsessive compulsive lusting after caloric “I-hate-myself”s disguised as “Oh my goodness, such goodness.” is basically a poke in the eye over and over again after which I smack my head and say,
“I frickin’ poked myself in the eye again!" and think
"What the hello?”,
as I look at my finger, until the next time when I think,
“Oh my goodness, such goodness",
and
"must…eat…. now…all… more!”
At this point you’ll notice both a pattern and a rejection of the highly developed reasoning skills it took me to get a degree in computer science in favor of babbling and mindless twaddle. I’m pretty sure the look on my face in those moments when I’m headed towards the seventeen hundred calorie slice of carrot cake cheesecake ( I should be so particular. ) in the fridge is the same facial expression that provided the inspiration for the first zombie movies.
Who does that? Other than me, I mean. Oy. Yeah, so anyway, re-labeling. From now on, if it’s a poke in the eye, I’m gonna call it a poke in the eye. Sharing a couple bites of cheesecake with someone may not be a poke in the eye, but eating an entire piece can’t be anything but, unless it’s a holiday and Tuesday at 5:00 pm is not a holiday no matter how much I feel like celebrating the end of another working day. 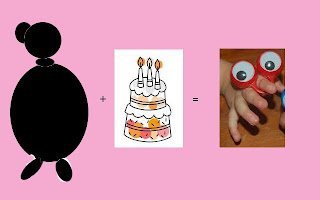